A new theory of quantum subsystems

A new theory of quantum subsystems 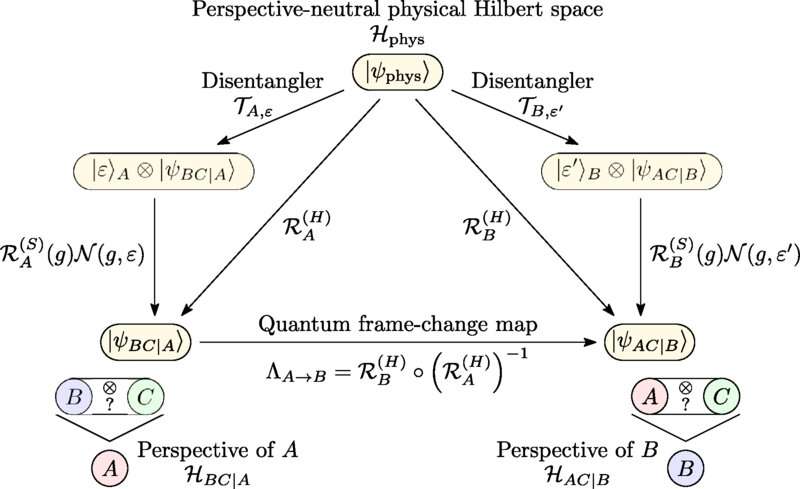 When studying a complex system, scientists identify smaller pieces called subsystems that they can understand. By studying subsystems and the relationships between them, they reconstruct an understanding of the whole.

This approach has been used with great success to explain phenomena and develop applications based on quantum mechanics. Physics of matter and energy on an atomic or smaller scale. But it largely describes systems that operate in a world where time is absolute.

It falls short when describing the scenarios that Einstein’s theory considers. general relativitywhere time is relative and tightly associated with space in a four-dimensional spacetime.

Now, a theoretical study co-authored by Alexander Smith, assistant professor of physics and Shadi Ali Ahmed ’22, proposes a new framework for identifying subsystems and correlations in a way compatible with general relativity.

Their work can be applied in the formulation of a quantum description of spacetime, Smith says. Theoretical physicists have long attempted to combine quantum mechanics and general relativity into a unified theory of quantum gravity. Attempts to finally reconcile these fundamentally different theories that describe the universe have been progressing over the past two decades.

“Quantum mechanics allows for correlations that are not consistent with our classical understanding of the world,” Smith says. Viola and his colleagues gave us a new way to think about these bizarre quantum correlations, they say. In their framework, rather than the composite construction parts being glued together into a larger system, subsystems arise from a complex system depending on the type of measurement.

Smith, Ahmed and their colleagues apply this idea to create a framework for identifying subsystems, which is compatible with relativity theoryand find that the notion of the subsystem is no longer objective.

“The way we divide a system is also relative. It depends on who is looking at it,” says Smith. While their method is currently applicable to simple systems, the authors are working to generalize the framework.

Many of the theoretical concepts driving the emerging understanding of quantum gravity have their origins in . happened in quantum information theoryA relatively new field that studies how information can be analyzed and manipulated in quantum systems. “Quantum informatics has given us this new way of thinking quantum mechanics himself,” says Smith.

Working with Smith and other researchers, Ahmed, who is from Beirut, Lebanon, and majored in physics and mathematics, has used quantum information theory to study many different theoretical problems.

In previous work, published in physical review dThey were the first to investigate how gravitational waves – ripples in spacetime when massive celestial bodies accelerate to extreme levels – affect entanglement between systems.

Another project, published in Physical Review Atackles the question of how work – how much energy is transferred when a force does work on an object – can be defined on the quantum scale.

Smith says that Ahmed is one of the most motivated, hardworking and productive learning students he has encountered. “It has been very rewarding to see Marry develop his potential in theoretical physics over the past four years,” he says.

Ahmed won the 2022 Gazaniga Family Science Award, which recognizes the scientific achievement of an undergraduate senior in science. He is also a recipient of the Physics and Astronomy Chair Award.

“Quantum Information written record There’s a toolbox that I like to borrow and use widely,” says Ahmed. The promise of graduate research opportunities and access to funding was what attracted him to Dartmouth, he says. Now a research scholar at Dartmouth Partner, Ahmed is wrapping up ongoing projects as he prepares to apply to graduate programs.

With classes as a springboard, he sought out research advisors in the physics and mathematics departments, collaborating with them on a wide range of research topics.

“Talking about science with people shapes the way you think,” says Ahmed, who already has three publications. “I think it really piques your interest.”

This document is subject to copyright. No part may be reproduced without written permission, except for any fair use for the purpose of personal study or research. The content is provided for information purposes only.